As a town on the East Coast of America, Norfolk Virginia was settled early in the seventeenth century before the formation of the modern United States and during the time when America was part of the British Empire. This makes it rich in culture and history and explains why there are loads of things to do in Norfolk, VA.

Perhaps you’re in town for just a few days, maybe you are planning a longer stay or perhaps you live here and need something to do whilst you wait for your driveway to be repaved.  Here is the complete history of Norfolk VA with some ideas as to what to do there.

History of Norfolk VA: Arrival of the Europeans

The famed explorer Sir Walter Raleigh was one of the first Europeans to arrive in the East Coast. He attempted to set up a colony on Roanoke Island, just off the coast of present-day North Carolina in 1584. At this time the area today known as Virginia was known as Skicoak by the native tribes.

However, these tribes had been driven out by the time Europeans arrived.

Shortly after the colony was founded and the men, women, and children were dropped off here they vanished never to be seen again. The mystery as to what happened to them remains to this day.

It wasn’t until early in the seventeenth century and the foundation of the Virginia Colony that European colonization in the Americas really took off.

Soon after, one of the new cities in the colony, Elizabeth City shire, was renamed Norfolk County. It was thought the name was suggested by Adam Thoroughgood (1604 -1640) who was born in King’s Lynn, Norfolk, U.K and was one of the first English men to settle in the area.

At the same time, The King granted Thomas Willoughby, another resident of the new colony, 200 acres of land. It is this land that would eventually become the city of Norfolk.

Norfolk became important as a port town around 1670 due to fears that the Dutch might try to attack. England had only very recently taken over a town by the name of New Amsterdam also on the East Coast, renaming it New York.

Relations between the two warring countries played out not just domestically but in the Americas as well.

By 1753 the Norfolk population was around 4,000 and 1775 it was the most prosperous town in the whole of Virginia.

Although Norfolk was now a settled, wealthy and prosperous city by the later eighteenth century, all that changed when the American War of Independence broke out.

Norfolk was a stronghold for resistance to the British and an important battleground given its strategic importance due to its port. A British ship fired cannonballs on the city in 1776 and two-thirds of all the buildings went up in flames.

In retaliation and rather than see the remaining third of the city play host to the British forces, American revolutionaries burned the rest of the city.

A City Re-Built and Destroyed In the 19th Century

The 19th century saw the city rebuilt only for fire to destroy it once again. And as soon as it had reestablished itself, civil war broke out again. Captured by unionists, the large number of residents loyal to the confederacy were treated disparagingly.

As a result by the end of the Civil War, the city of Norfolk was in ruins once again and its reputation destroyed. It took twenty years for Norfolk to properly recover; by 1880 the population stood at around 21,000.

Norfolk’s prosperity followed that of much of the rest of America in the 20th century, declining shortly after the First World War but soon hitting a standstill in the depression era.

Today the development of a new basketball stadium and posh up-market residences have cemented Norfolk’s reputation as one of the most desirable places to live on the East Coast.

There are many places to see in Norfolk if you want to explore some of the incredible history that has influenced this great city. Here are a few places you may want to check out:

St Paul’s Episcopal Church is the only surviving building from the American Revolutionary War and is today Norfolk’s oldest structure, dating back to 1739.

Norfolk History Museum is the place to go to see some of the surviving artifacts from Norfolk’s rich past. There are all manner of collections which reveal Norfolk’s military history during the Civil and Revolutionary Wars as well as its place as a maritime and industrial capital.

Martin Luther King Jr. Memorial is the place to pay tribute to America’s leading civil rights campaigner who was shot dead in 1968. There is a fountain at its base.

Norfolk VA: Soak Up the History

The history of Norfolk VA is rich and varied. It dates right back to the earliest time, long before Europeans first settled. At the heart of both the American Revolutionary War and the Civil War, as well as suffering the effects of the First World War and the Second World War, Norfolk’s destiny has followed that of the rest of the country.

If you want to follow this story in more detail then be sure to head to Norfolk VA county to see the objects and places that can bring it alive.

If you live in Norfolk, VA and need paving be sure to check out our website to contact us for a free quote. 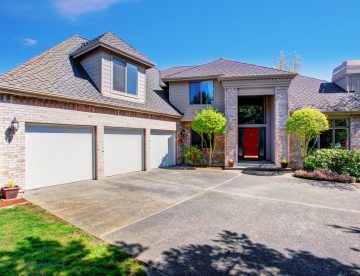 Paving the Way: The Top Benefits of Asphalt Driveways 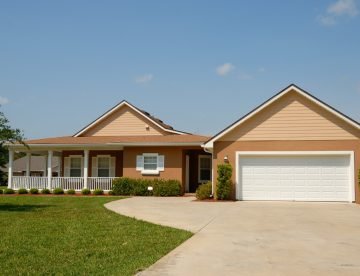 Driveway Resurfacing: The Top Signs You Need a New Driveway